Find a bike shop Blog
‹ back
Home
Blog
Features
Where's the World's Best Gran Fondo? Not Too Far From Here...

Where's the World's Best Gran Fondo? Not Too Far From Here... 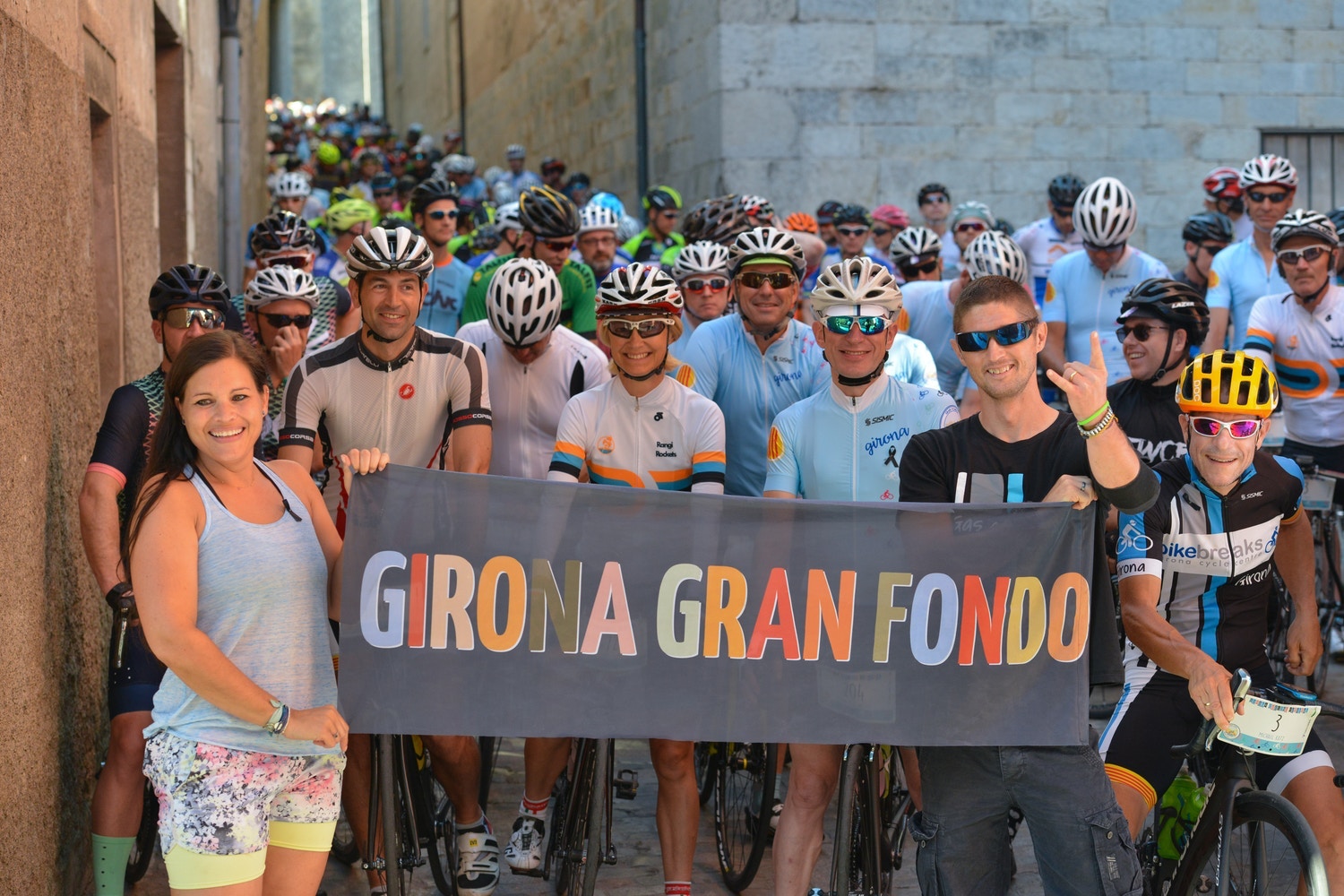 Roman Watkins clocked over 20,000km on the bike (a Canyon Ultimate Disc) in 2017. He fell short a few thousand the following year (a run-in with tram tracks leading to a very bad wrist break), but it’s fair to say that he spends plenty of time in the saddle.

His cycling has taken him on some epic two-wheel journeys. He recalls New Zealand’s Wilderness Trail as a constant visual wonder, and Japan by bike sounds like it was the kind of experience you’d be sharing at BBQs for years to come. But Roman’s stand-out destination isn’t in fact nearly as far from home (for us, at least. Roman himself lives in Australia). 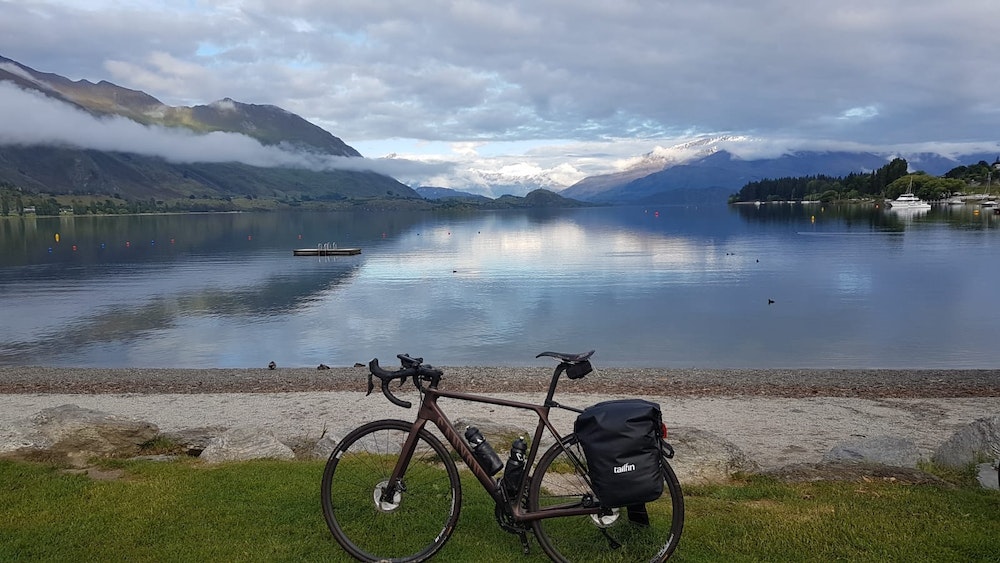 So where is one of the most magical places in the world to ride?

As it turns out, years ago Roman and his family headed over to Europe, got themselves a car and proceeded to drive to every established cycling climb Roman could think of. They would drive into an area, base themselves there for a few days, Roman would chase some famous vert and then they’d be off to the next stop. Then one day they drove into Girona, Catalonia, Spain. The plan was as per every other destination – spend about three to four days there and move on. Twelve weeks later, they were all still in Girona. They extended their return flight back to Aus – they just couldn’t get enough of the place. Why Girona?

Why, when stacked alongside the greatest cycling destinations of Europe, did Girona wind its way around the Watkins family heart and entice them not only to outstay a visa (whoops!), but to return thereafter every year for at least three months at a time, and even start making plans to perhaps live there for an extended spell?

It’s all Dave and Saskia’s fault. 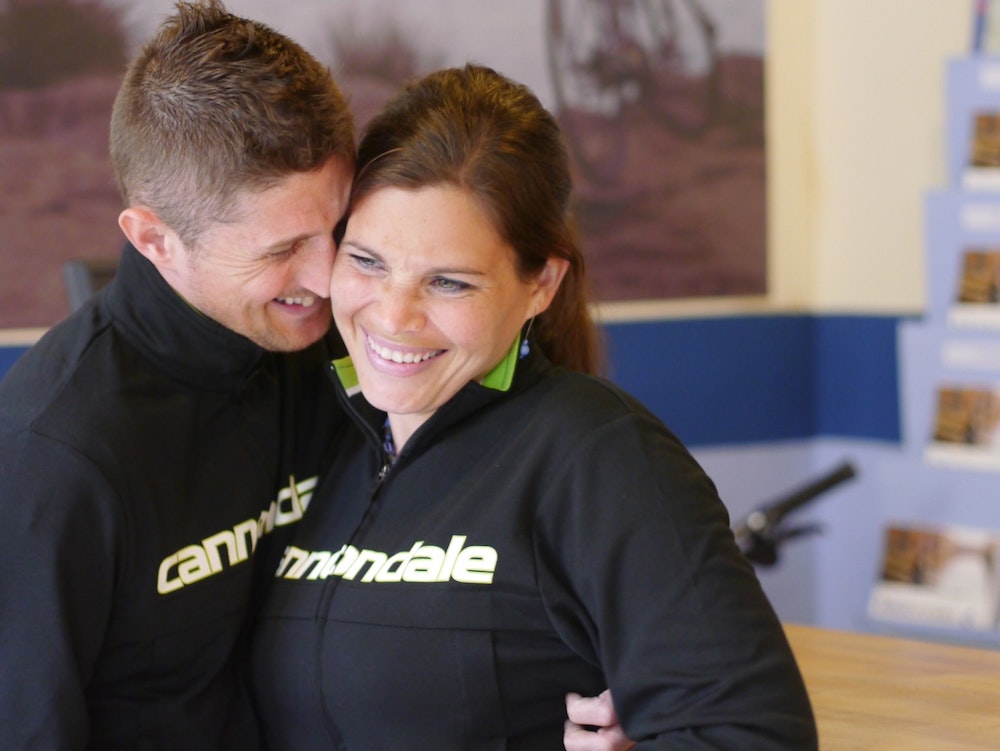 These long-time expats to Girona have for years owned and run the much-loved Bikebreaks cycling holiday and rental service. Their Thursday shop rides have become a thing of quiet, modest legend – those in the know make their way to the shopfront of a Thursday morning in anticipation of a great morning on the bike with like-minded cycling lovers. So it was the shop ride that got Roman first of all. It’s frequented by Girona’s local cycling fraternity, a transient stream of holiday- makers and a good smattering of pros when they’re in town. Roman connected with the group and appreciated that it was genuinely simply a shop ride – not a veiled effort to drum-up business.

“It’s just one of the things that make Dave and Saskia so different to the pack. They are just so incredibly passionate about Girona and they want you to be imbibed by that passion, too. If all the shop ride does is make another fan of Girona, then they’re satisfied,” says Roman. That shop ride morphed into many, many more for Roman, and helped ignite what now appears to be a steady romance between his family and this magical place.

So it’s no surprise that Roman has participated in three Girona Gran Fondo festivals. Yes – he comes back each year for about three months specifically for the Gran Fondo, but also for an extended dose of his beloved Girona.

Stop for a second.

The world is now awash with this Grand Tour, that Giro, this sportive, that mass participation ride… Why does a man who's cycled to the world’s most spectacular destinations, who has entered some incredible cycling events, keep returning to the same humble Gran Fondo Festival in Girona? 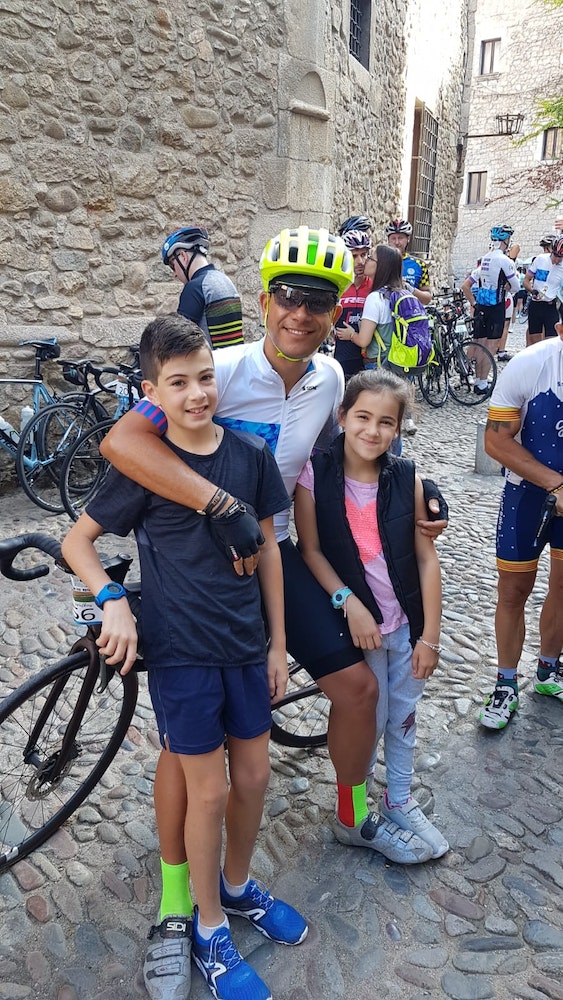 Come to this Gran Fondo and you won’t be on your bike first thing in the morning, smashing out 80+ miles before lunch and destroying yourself day-in, day-out. If you’re like Roman and you opt for the (limited) Gold package entry, you’re probably more likely to be starting your day with yoga. Limbered up you’ll then head out on one of the big riding events (possibly with a team leader, depending on the ride). You might give things a nudge, but certainly you won’t be racing for cattle stations as you’ll need to stop along the way and sample the tapas that might have been arranged as a civilised half-way break on some spectacular side road vantage point. 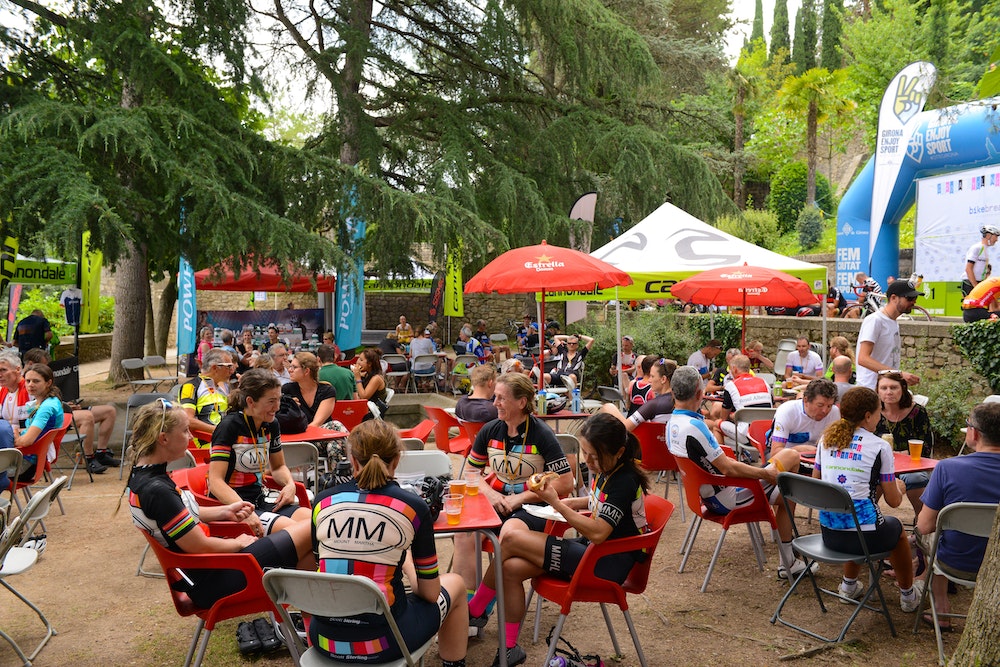 When you head back into town you might weave through the old cobbled streets to the Festival Village. Here you’ll grab an icy beer perhaps and sit down with a plate of the local sausage specialty and catch up with fellow riders, enjoying the conversation and the live band playing in the background. The festival village is in a sense a micro cosmos of Girona in general. There’s a wonderful mix of consistent community – the locals who delight in sharing their town and their way of life – and the holidayers, many of whom are like Roman and just keep returning year-on-year, developing friendships that reignite each time from where they left off, and make the experience all the richer. 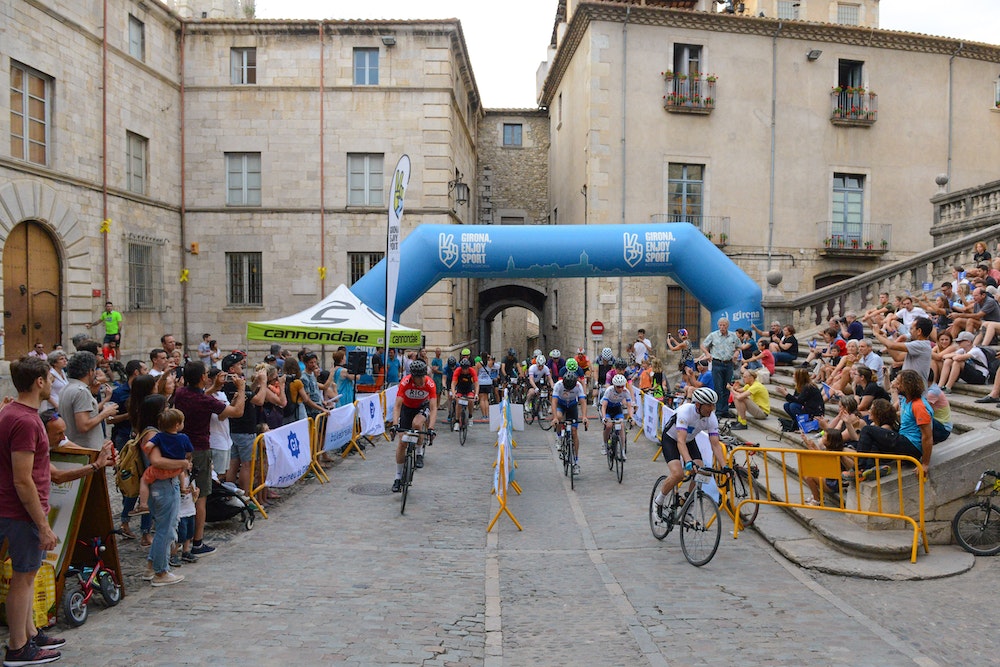 Perhaps later that day you’ll find yourself on a food tour (not to ever be missed when in Girona!). Roman even found himself on one occasion heading down to the medieval basement of a store to watch how one of the local jewellery makers work their craft. Not something he ever thought he’d find himself doing, but indeed something that turned out to be a fascinating learning experience all thanks to the Fondo festival. 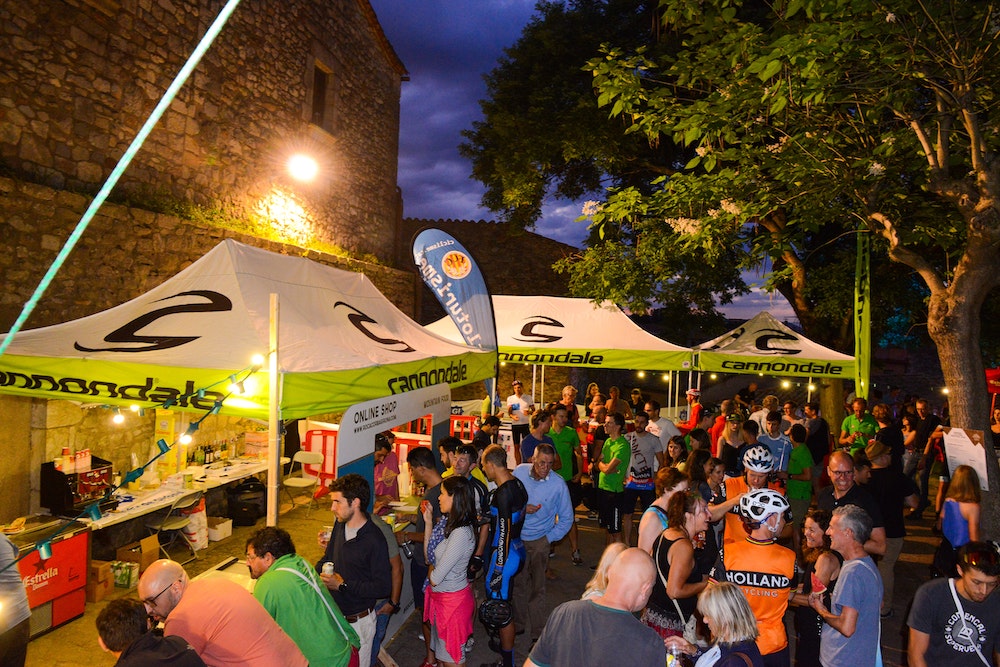 Dave and Saskia’s commitment to creating a cycling festival that showcases the community, its people, the culture, the food and wine, the sights as much as the cycling has made it one of the most sincere and pleasurable cycling events in regional Europe.

It’s incredible to think that a couple’s passion and respect for their home has resonated with so many other people worldwide. It’s why Roman keeps returning, and bringing mates to share in the magic. He’ll be back again this year. I hope he’s kept his return date flexible, just in case…

Want to feel the festival experience for yourself? Find out more here. 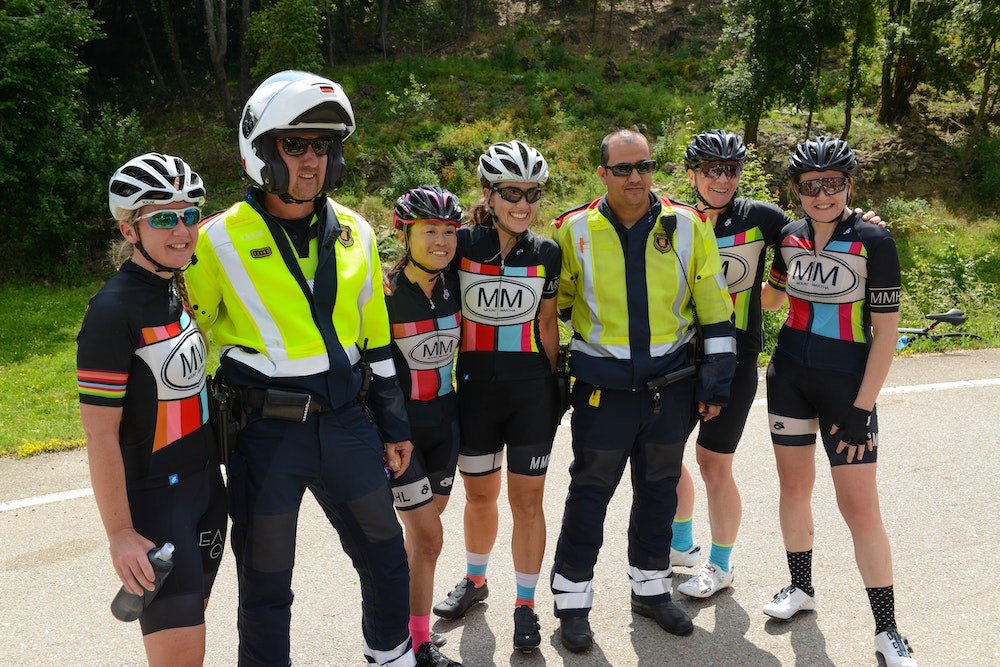 We've broken down the intricacies of each category to give you a better understanding of how they're different, and what would be the best mountain bike for you... 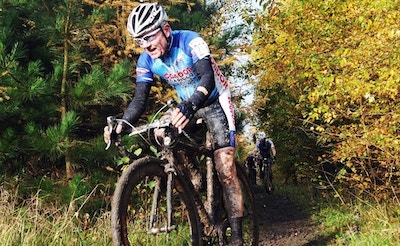 The League of Veteran Racing Cyclists

Cycling and racing is not just for young pros. The UK League of Veteran Racing Cyclists proves racing your bike is fun, challenging and possible at any age. ... 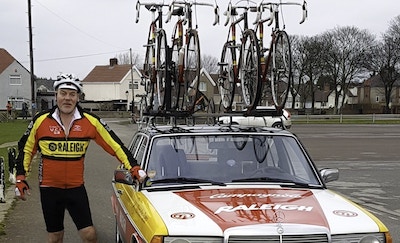 Life of Wheels' Mitch Roberts looks at why the love for vintage steel bikes is so strong ...